The John A. Simpson Lectures honor the late University of Chicago physicist, John Alexander Simpson.  Simpson Lecturers are scientists who have achieved distinction in fields within the physical sciences.

The highest-energy cosmic rays, which have energies up to and beyond 1020 eV, are studied using the phenomenon of ‘extensive air showers’.  The University of Chicago has been prominent in this field almost since its inception, first through the work of Pierre Auger and Marcel Schein in the early 1940s, and more recently because of involvement in CASA, the Pierre Auger Observatory and POEMMA.  After a brief historical introduction, I will describe the techniques currently used and discuss measurements derived using data from the Pierre Auger Observatory.  These have set new standards to aid our understanding of the origin of the highest energy cosmic rays.  We are now, at last, tantalisingly close to pinning down where these fascinating particles are created.  Future plans for the Auger Observatory and for a space project, in both of which scientists from the Enrico Fermi Institute have important roles, will be briefly described. 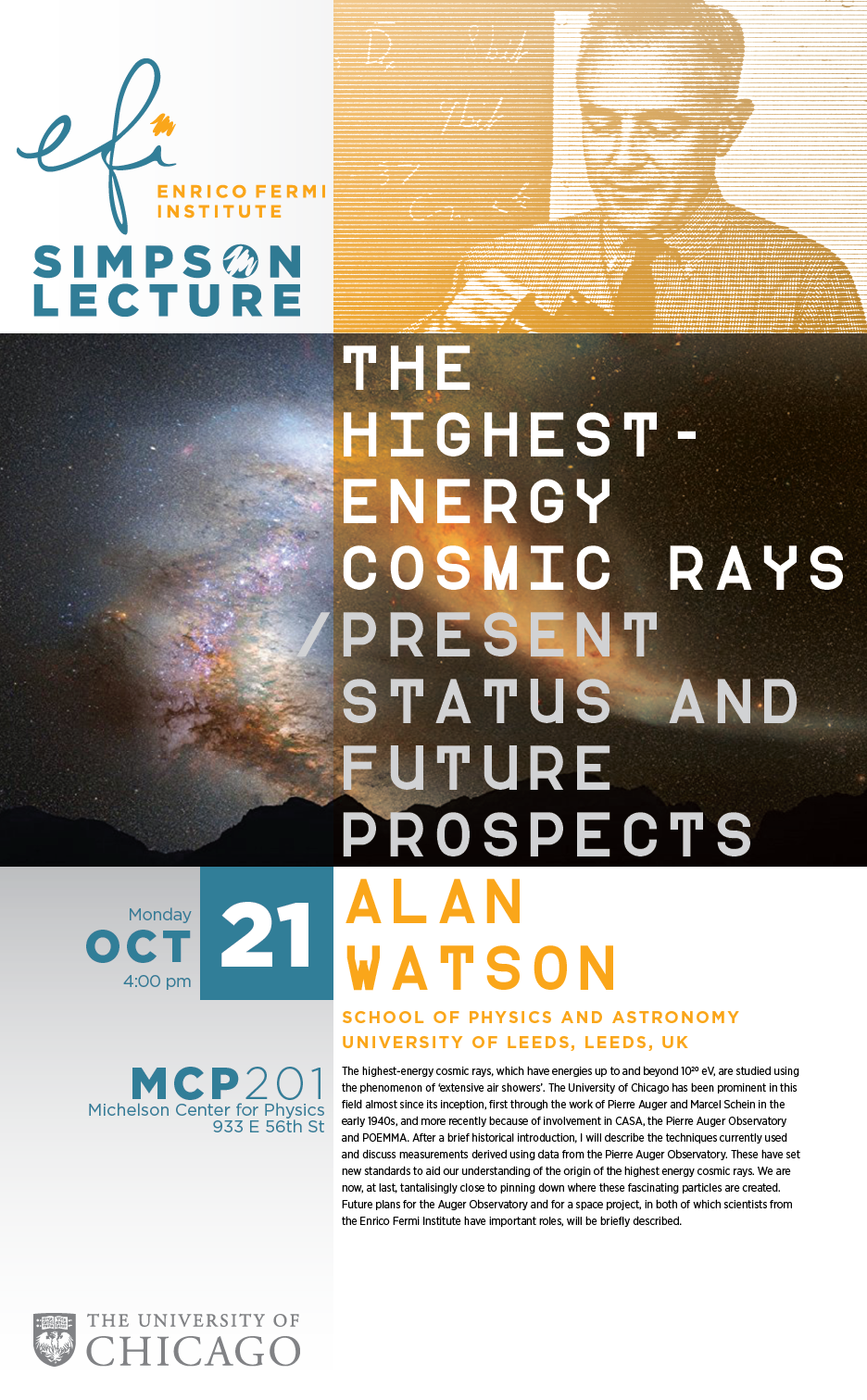 The Cosmic Ray Isotope Spectrometer (CRIS) on the ACE spacecraft uses instrumentation pioneered by John Simpson.  The long working life of this instrument, now over 21 years, has enabled identification of extremely rare components of the cosmic rays, notably 60Fe.  The short half-life of this isotope, just 2.6 million years, points to cosmic rays originating from relatively recent and nearby supernovae.  Measurements of the rare elements with atomic number Z > 30, both with CRIS and with a large instrument (SuperTIGER) on high-altitude balloon flights give further constraints on where in our Galaxy cosmic rays are accelerated.